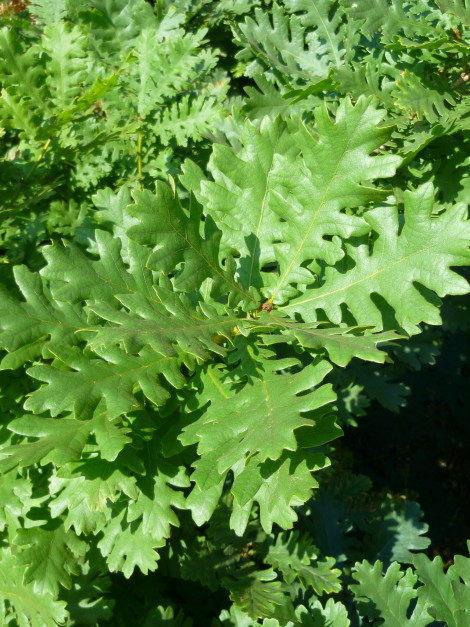 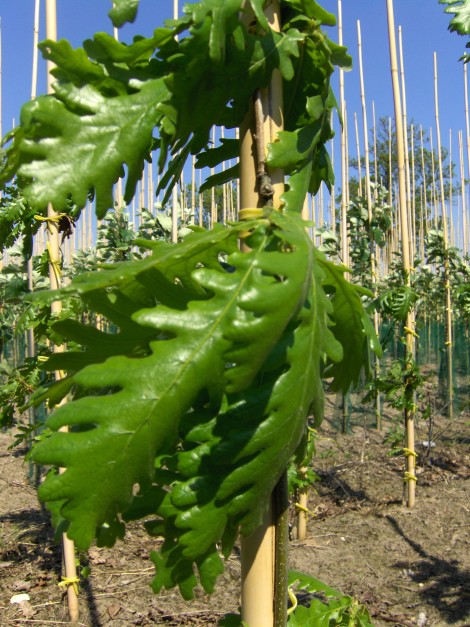 Botanical characteristics: It is a medium-fast growing deciduous tree, with oval shape and round crown. Leaves are obovate, up to 25 cm long, very dark green on the upper side, green-grey and tomentose below. They are deeply incised in 8-9 rounded lobes, with parallel margins, each with 1-3 teeth. In autumn they turn. It is a monoecious plant with male and female inflorescences separated but on the same plant. Ovoid acorns are brought in groups of 2-4.

Agronomic and environmental characteristics: It is the typical oak of southern Italy, it grows on woods up to 800 meters, both in free formations and associated with the Quercus ilex, Quercus pubescens, Quercus cerris. It prefers fertile and fresh soil, from acid to alkaline, but it adapts well. It has a good resistance to drought and pollution.

Use: It is used as an ornamental plant in parks and gardens. In urban green spaces including roads and road embankments. It is suitable for afforestation of abandoned and overgrown areas in temperate climate.