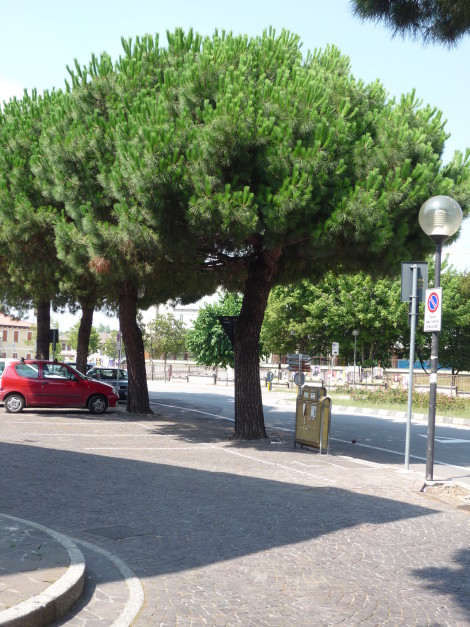 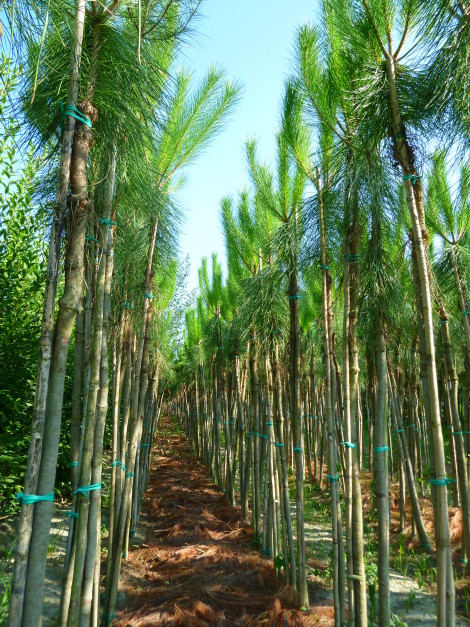 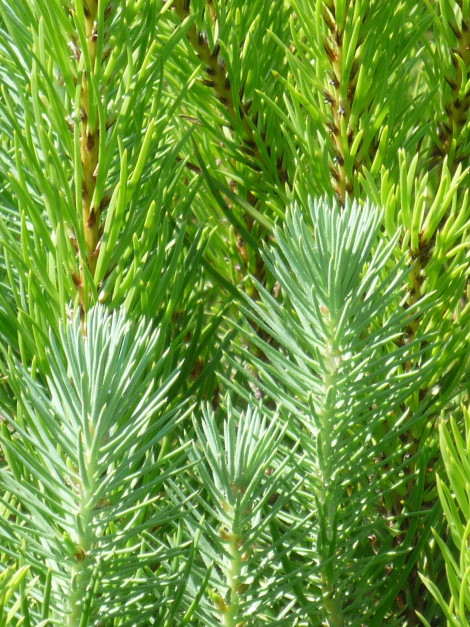 Botanical characteristics: It is an evergreen conifer, up to 30 meters high. When young it has a globose and umbrella-shaped crown. It is cylindrical reddish brown bark is erect with long and deep fissures that result in long scales. It has needles clustered in bundles of two, which are deep green, slightly twisted and pointed, up to 20 cm long. It is a monoecious plant, having separated flowers on the same plant. The globose reddish-brown cones are very large and heavy and need three years to mature. Each scale has two edible seeds, the pine nuts, hold in wood shells.

Agronomic and environmental characteristics: This plant is the symbol of the Mediterranean flora. It is cultivated and common all along the coastline of the peninsula, but in the past it was imported from Crete and Minor Asia. It adapts to all type of soils, but prefers sandy soils. It resists drought and saltiness.

Use: It is mainly used in the pine forests along the Mediterranean coastline, for road borders, as windbreak or as shade plant. It is not suitable for parking areas. It is cultivated for pine nut production, too.