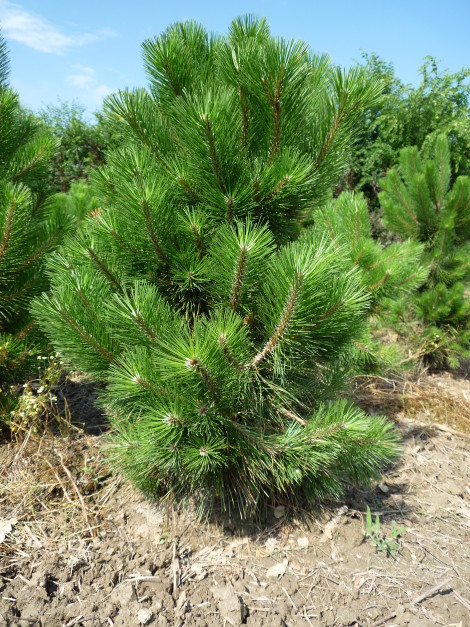 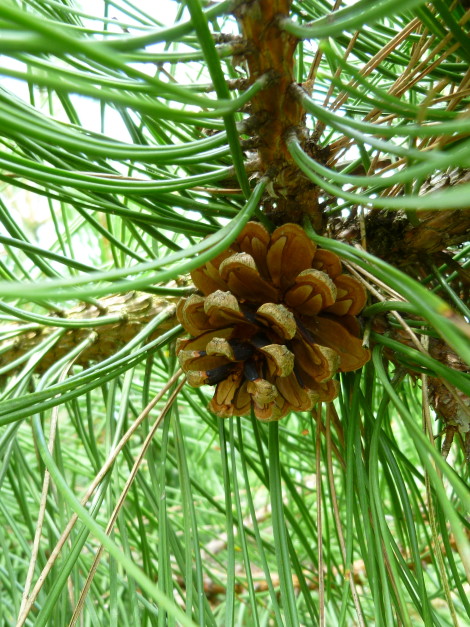 Botanical characteristics: It is an evergreen conifer with a conical growth habit, branched from the base. The thick and compact crown expands and rises with the passing of time. It has a peculiar black grey bark that is very rough and fissured. The needles are grouped in 2 and are rigid, prickly, dark green, 3-6 cm long. It is a monoecious plant with male and female flowers in catkins on the same plant. It has green ovoid cones, which are elongated when young and have mucronate brown scales with a black “nail”. The seeds have a long and thin wing.

Agronomic and environmental characteristics: It is an alpine plant typical of the Austrian Alps. In Italy it grows spontaneously in the Venetian Alps from the eastern boundaries until Belluno. It is cultivated in the Alps and in the Apennines. It grows well on dry, limy and clay soils and has a good resistance to saltiness and air pollution.

Use: It is used singly or in groups in parks and gardens as ornamental plant or single specimen. It is used in urban green areas to cover the road embankments and the brownfield areas, to reforest hilly and mountainous areas and as windbreak.