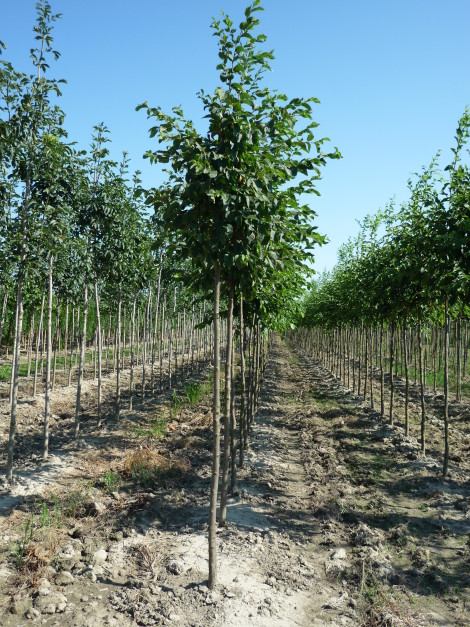 Botanical characteristics: It is a deciduous tree with a thick crown, whose shape can be from conical to broadly rounded and is branched from the base. It has a medium growth and reaches 20 mt in height. It has a dark bark with lenticels that turns rough when time is past. The ovate-lanceolate leaves are doubly pointed with glossy, dark green noticeably ribs and lighter on the lower surface. In autumn they turn yellow. It is a monoecious plant with separated male and female flowers on the same plant. The male inflorescences in pendulous catkins are very evident during the spring. In late summer the infructescenses are similar to the fruits of hops, cream-white at first and then brown.

Agronomic and environmental characteristics: In Italy it is widespread mostly in north-eastern and Adriatic regions. It can be found in xerophilous and thermophilic woods and associated with the Quercus pubescens up to 1000 mt It is absent in alluvial plains. It requires melted, well-drained, from slightly acid to calcareous soils. It has an high resistance to drought and pollution.

Use: It is ideal for parks and gardens in order to create woodland areas, free and formal hedges and for reforestation of hilly and mountain deteriorated areas. Moreover, it is used in urban green areas along the avenues. It can be used in exposed hilly areas.