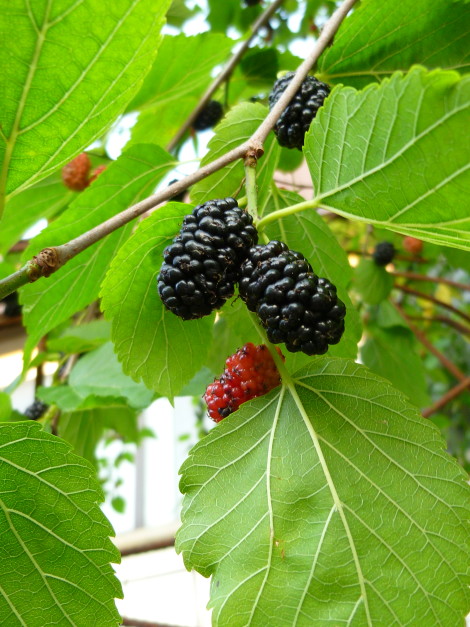 Botanical characteristics: It is a deciduous tree, but occasionally it could be an arborescent shrub, with a rounded crown spreading and a short, often tortuous trunk with a grey furrowed bark. It has heart-shaped on the bottom or oval leaves, which are simple or irregularly lobed, rough on the upper side and pubescent on the lower one. It is a monoecious plant with separated male and female flowers on the same plant in green catkins. The soros fruits are composed of small bright red or black drupes, which are edible.

Agronomic and environmental characteristics: It prefers moderately fertile, moist but well-drained soils. It can adapt to poor, calcareous soils. It has an high resistance to drought and air pollution. It should be placed in full and warm sunlight, and protected from cold winds.

Use: In the past it was introduced in Italy for fruit cultivation. It can be used as isolated specimen plant in parks and gardens. It is interestingly used in public green spaces for its resistance to drought and pollution.