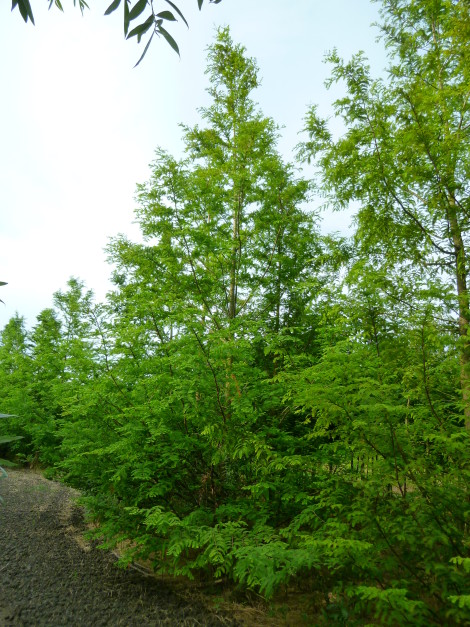 Botanical characteristics: It is a majestic deciduous conifer. It was considered extinct, but then discovered again in China in 1941. It is fast-growing, reaches 35 mt in height and has a perfect conical growth habit. Its bark is particular because it is orange-brown, fiber-rich and peels off in large soft plates. The leaves are linear, soft and are similar to those of Taxodium disticum. They appear in opposite pairs, as well as the small branches. In autumn it turns splendidly bronze. It is a monoecious plant with separated flowers on the same plant, whose female inflorescences produce during the same year small ovoid pine cones that are initially green and then brown.

Agronomic and environmental characteristics: It prefers deep, fertile and moist but drained soils. It does not tolerate too long standing water.

Use: It is used as isolated or in groups specimen plant in large parks and gardens. It is present in dendrological collections.