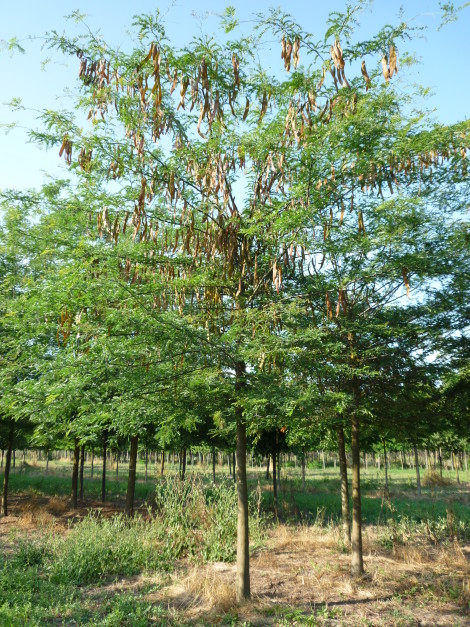 Botanical characteristics: It is a large deciduous fast-growing tree with a spreading crown. Long thorns grow out of trunk and branches and they can be single or branched in several points. It has bipinnate leaves when it is young and then they become pinnate when the plant grows older. They are composed of 7-16 pairs of light green shiny leaflets that turn golden yellow in autumn. It is a monoecious plant, with male and female separated flowers on the same plant. Fruits are very showy pods which are shiny, initially green and then brown, often twisted, up to 40 cm long and persist on the plant in winter.

Agronomic and environmental characteristics: It is cultivated in Europe as an ornamental plant. It is suitable for all soils, even dry and calcareous. It has an high resistance to drought, air pollution and salinity.

Use: It was used a lot in the past for defensive hedges in fields. It is used as an ornamental plant in parks and large gardens and in urban green areas and boulevards.