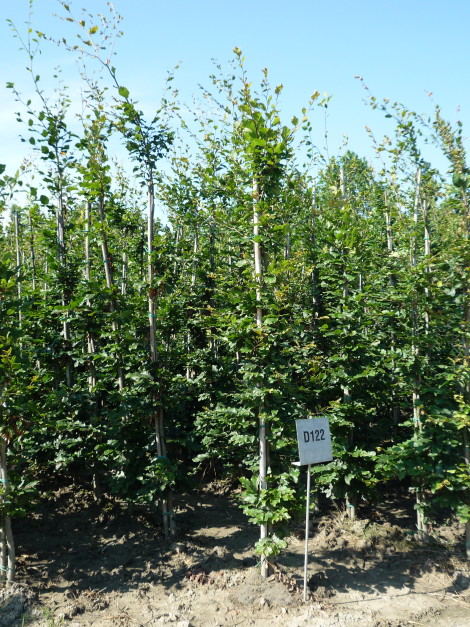 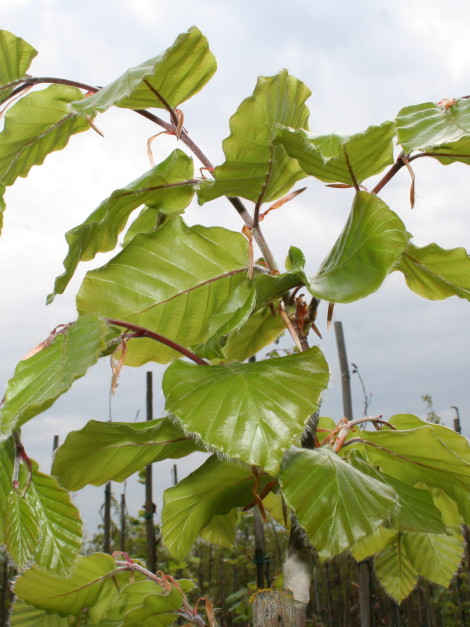 Botanical characteristics: It is a majestic deciduous tree up to 30 mt high, with branches from the base and an expanded dense foliage. It has a strong trunk with typical smooth grey bark. It has ovate and pointed leaves up to 10 cm long, with wavy ciliate margins. They and dark green and shiny on the upper side and lighter below. Its crown change colour in autumn ranging from yellow to orange or brown. Dried leaves persist on the plant all winter. It is a monoecious plant with male and female separated flowers but on the same plant. It has an inconspicuous flowering followed by nuts contained in bristly husk, which are green at first and then they become woody.

Agronomic and environmental characteristics: It can be found in Italy on the Alps and the Apennines. It is the main component of the mountain deciduous forest. In the areas in the alps at an altitude between 600 and 1300 mt called “Faggeta” it is the only species. It prefers deep ,fresh and fertile soils, both acid and calcareous. It needs cool and wet summers.

Use: It grows throughout Europe for the precious wood, as ornamental tree or to create shade. It can be used in large areas, mainly as a single species in gardens or in groups in parks. It withstands pruning. It is beautiful when it is used in formal hedges. It is suitable for reforestation of hilly and mountainous areas.