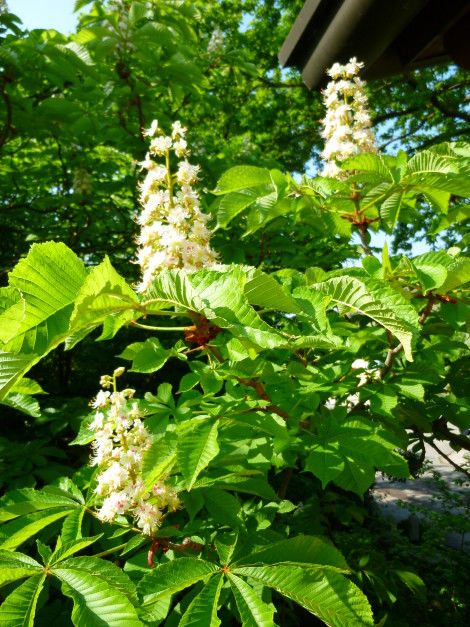 Botanical characteristics: It is a large tree with rounded, vigorous and large crown, exceeding 30mt in height. It is cultivated in Europe as ornamental plant. Leaves consist of 7, sometimes 5, smaller leaflets. It has a beautiful blooming in late spring/early summer, bearing white flowers, initially yellow and then rose. Flowers can be up to 30 cm long. Fruits are rounded and covered with a spiny green shell releasing 1-3 large brown glossy seeds, called “horse-chestnuts”. Its brown bark peels off in large plates.

Use: It is commonly grown for ornamental aims in the whole Italian territory, however, it shows no tendency to become naturalized. It was introduced in Europe as a plant for shade and for its beautiful flowering and used as a tree-lined street in the French gardens and then in the English ones. It can be used in large spaces, parks and gardens as single plant, or along avenues. It does not tolerate drastic pruning.